CRANS-MONTANA, INNOVATIVE BY TRADITION SINCE 1893

Crans-Montana was born when two friends from the valley, Louis Antille and Michel Zufferey, fell in love with
this majestic plateau during a hunting trip, and opened the first hotel, Le Parc, in 1893, marking the beginning
of the history of the entire region. The exceptional air quality and sunshine gave rise to sanatoriums
from 1896 onwards. Following this came the golf era from 1906, and then skiing, with the first downhill
race in 1911. Other developments such as the vineyards, the ‘bisses ‘(irrigation canals), alpine pastures and
also key events and also celebrities have made Crans-Montana a destination that is enriched with 125 years
of fascinating history.

To mark this anniversary, 12 giant illuminated letters spelling Crans-Montana have been installed on the
banks of Lake Grenon, at the foot of the Hotel du Parc hill, and on the Centenary Path, which links the
centre of Montana and Crans. Replicas of these letters will also be found dotted around in natural surroundings,
marking 12 of the most beautiful viewpoints in the region. So whilst walking between the valley and
the glacier, you’ll come across these 12 letters together with a telescope, accompanied by video portraits of
local celebrities, whose experiences and anecdotes will teach you even more about a theme closely related
to each place.

For those who won’t have the chance to visit these little corners of paradise, it will be possible to meet
these local celebrities and hear their fascinating stories on www.crans-montana.ch/125. We’ll be highlighting
a story and a celebrity every two weeks from 1st July onwards, for 6 months. Log in and follow the
125ANS series. The glacier, the ‘bisses’, golf, skiing, water or mountain pastures, don’t miss any of the
13 episodes which embody the wonderful diversity of Crans-Montana.
In addition, an exhibition of 40 historical photos will illustrate the most memorable moments of the past
125 years, featured alongside 40 current photos. The exhibition will take place at the Place d’Ycoor in Montana
from mid-June to mid-August, before moving to the centre of Crans until October.

125 years in Crans-Montana, what it's all about in 6 points 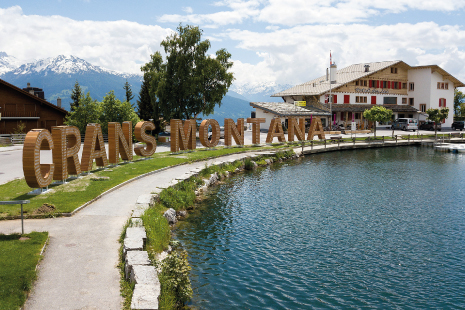 A symbol composed of 12 giant letters located on an historic site.

12 wonderful viewpoints with copies of the giant letters, and 12 suggestions of routes to visit them. 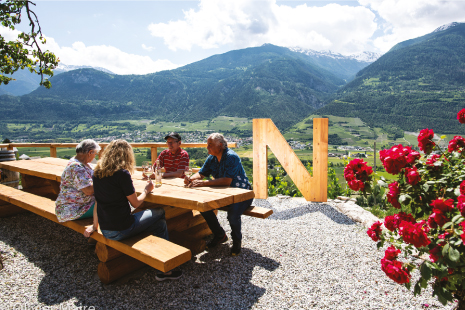 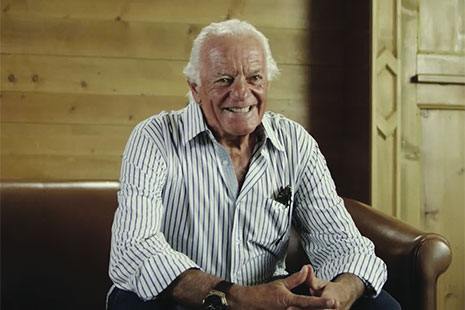 Specially designed interactive content made for the 125th anniversary. 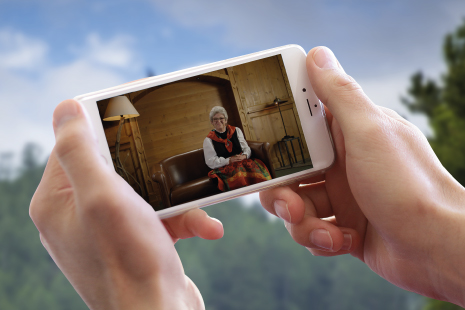 An opportunity to look at the main highlights which make Crans-Montana such an attractive destination. 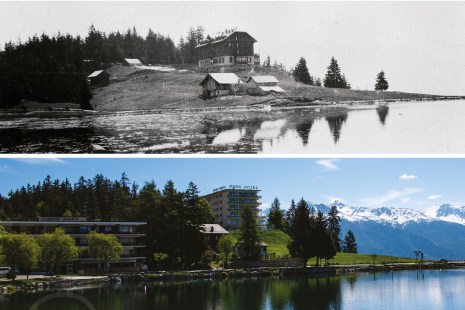 125 years in Crans-Montana, a history of pioneers

Sylvie Doriot Galofaro, Samuel Bonvin and Martial Kamerzin will tell you more about the 125 years project and the history of the resort.

The resort wouldn’t exist today without the Hôtel du Parc, the first hotel on the Haut-Plateau, which opened its doors in 1892, but was inaugurated in 1893 by Michel Zufferey (1850-1917) from Sierre and his brother-in-law from Miège, Louis Antille (1853-1928). This date marks over a century of history in Crans-Montana: 125 years ! The history of a resort in a region that was nothing but pastures and mountain chalets originates in the complex tourist and political history of six communes, four of which merged on 1st January 2017, namely Mollens, Randogne, Montana and Chermignon. Alongside the merged communes, Icogne and Lens form the Haut-Plateau region.

In 1896, a doctor from Geneva, Dr Théodore Stephani (1868-1951), who was working in Leysin, brought his sick patients to the Hôtel du Parc. This other pioneer was decisive in the birth of Montana as a health resort. The doctor’s 1,300 photographs paint a picture of the Crans-Montana of yesteryear, its climatic resources around the lakes, fresh Alpine air and sunshine. These photographs were the beginnings of marketing for the resort, as was a founder member of the Société de Développement de Montana (Montana Development Society) from 1905 onwards, then president up until the Second World War. Thanks to him, many celebrities came to stay in Montana, such as Ferdinand Hodler (1853-1918) who came to visit his son Hector, who was suffering from tuberculosis. In 1915, Hodler painted a dozen paintings, all titled Lacs de Montana (Lakes of Montana) revealing an exceptional landscape. In 1921, the New Zealand writer Katherine Mansfield (1888-1923) had an appointment with the doctor to commence a course of treatment. She would write her novels, The Montana Stories, here. In the 1920s, Montana was described as the « Pearl of the Alps ».

One of the first key architectural pieces was built by the funicular, which dates from 1911. Not far from here, the first Sanatorium, Le Beauregard, was built in 1899, encouraged by Dr Stephani, but it would go bankrupt. It was then bought by the English company Lunn in 1904, and the Sanatorium was transformed into a luxurious hotel. This first luxury hotel in Montana was sold after the 1929 crisis, and became the Hôtel Bellevue. Today it is the Clinique Bernoise, the largest oncology clinic in Switzerland, as the canton of Bern bought the old Hôtel Bellevue after the Second World War. The Clinique Bernoise was completed in 1949 by Jean-Marie Ellenberger (1913-1988), a friend of Dr Stephani. Ellenberger would also leave his mark on the identity of the resort with his modern chalets, churches and chapels in Icogne, Crans, Montana, Chermignon and Sierre, right up to the Tour Supercrans (1968) in Vermala.

Ice skating, bobsleigh and tobogganing, skiing and tennis all developed their own infrastructure, to the delight of tourists and inhabitants. In 1960, an artificial ice rink hosted big ice hockey tournaments, and also the Interneige game in 1967. Today it has been completely redesigned, and is currently the largest public area in the resort, and not far from the historical centre.

From the top of the Hôtel du Parc hill, the impressive panorama and views over the resort of Crans give us the opportunity to have a brief look at its origins, which are tied in with the history of golf from 1906 onwards, with the first hotel constructed during the First World War to host guests which included detainees and also royalty. Skiing would be the resort’s second economic driving force after golf, and its origins date back to those English involved in the resort’s first luxury hotel, as they were also the first to hold ski races. Dr Théodore Stephani was also very fond of skiing, as illustrated in his photos from 1899.

The 125 year exhibition at Ycoor retraces the history of Crans-Montana not only in photographs taken by the doctor, but also through photographs by Charles Dubost and Jean Deprez, who arrived during the Second World War, and also guests of Dr Stephani. As president of the Société de Développement de Montana, he commissioned several postcards and posters of the resort to attract a clientèle from all over the world. Since 1939, tourists have been able to enjoy many events, including the Golf European Masters, one of the top events in Crans. The 1987 World Ski Championships thrust Crans-Montana into the ranks of the top international resorts in the Alps. It is now in line to bid for the 2025 World Ski Championships and/or the Winter Olympics, Sion 2026.